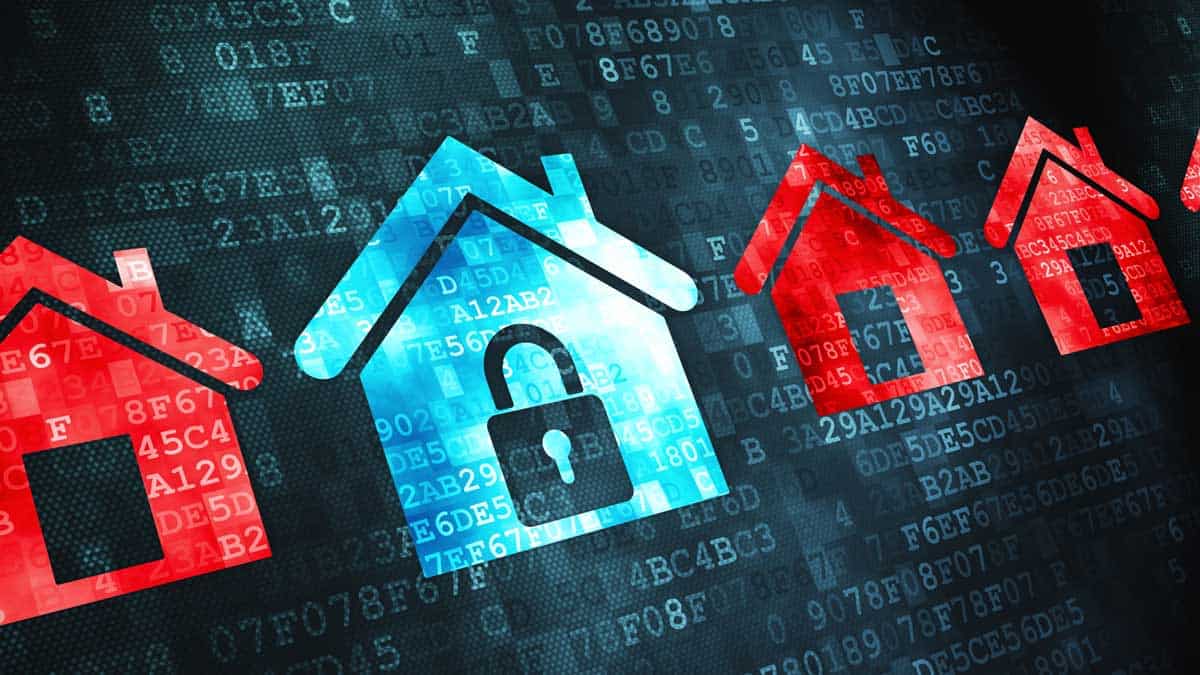 With all the smart connectivity that your home has, you might also be looking for a smart security system to keep everything safe and give you peace of mind. While some security systems are stuck in the past, other security brands are continuing to innovate and bring security into the modern smart home environment. In this post, let’s look at some great smart home security systems that you should bet on in 2020.

Let’s start with the one that you’ve definitely heard about, if only because of a massive marketing budget that gets its name splashed all over websites and podcasts. SimpliSafe Home Security strikes a balance between self-monitoring and professional monitoring, providing you with the perfect amount of smart security gadgets.

Why has SimpliSafe seemingly shot out of nowhere to become posterized everywhere? Well, they’ve kept costs down. You don’t have to pay a contract and you don’t have to struggle around with a thousand wires to get the system installed. The whole thing comes online through a main beacon and they have plenty of optional security hardware that can connect wirelessly to the main hub. The hardware isn’t too expensive, and the monitoring fees that you pay each month are really inexpensive.

The great news about SimpliSafe is that you own the security system hardware. It means that if you are the type of person who has a bit of an unpredictable life, your hardware isn’t built into your house and you aren’t renting the hardware. Simply pack up your SimpliSafe box and move it to your next adventure. Also, SimpliSafe has an app and is designed for people that expect the most advanced tech features possible. You can get alerts about sensors directly on your phone, you can pay for remote monitoring, and you get surveillance cameras.

Vivint has constant security monitoring and has a great video doorbell. Seriously. So many camera security doorbells have scratchy mics and camera angles that leave a lot to be desired, but Vivint has gotten this one down. They also allow you to control everything remotely, right from your phone. But in order to get onto the platform you’ll have to pay a monthly subscription fee to have remote access from your phone, which is annoying, because you’d think that that would come standard with the system.

However, there is a reason that Vivint can charge you for different things. They require a long-term contract and have high monthly rates, but also carry some of the coolest security equipment that is out there. They have plenty of camera integrations and can even function with your Alexa and Next. The system is totally wireless and controlled from an app.

If you’re looking to build a smart security system from the ground up, there is no really good reason to go with Nest Secure and Nest Home. Google’s security system, while really cool, is nothing special and will run you a much higher up front cost than you could pay for something like a SimpliSafe. However, if you’re trying to build a fully integrated Smart Home and want to stick to a single brand for all of your smart devices, then Google gives you a ton of options.

ADT is one of the older home security companies, with roots going back more than a century. Seriously, that’s a long time spent protecting people’s houses. And while smart homes and the tech boom has brought about a revolution in home security, ADT has managed to show up to the party, even if they are a bit late. They have a ton of service reps who have been in the home security game for a really long time. The system can support a number of really cool third-party devices and they have a ton of components available. If you’re trying to build the nicest, most expensive security system, ADT is a great choice. They also have brand recognition beyond some of the younger home security startups that have wiggled onto the list.

Of course, the cons are that you’ll have to sign a hefty 3-year contract to even get anywhere near ADTs services. They have a termination penalty if you want to get out early and the contract is expensive even if you don’t.

Still, despite the fact that ADT is known for a long track record and excellent customer service, they still represent the old guard of home security. They only feature professional installation and will not sell you the hardware to self-monitor or install at home. You can definitely monitor your system in addition to the company, but it isn’t built for people who are renting places and want to move often and take their hardware with them.

Abode is a high-tech security system that has absolutely beautiful hardware, and can integrate with everything from Next to Alexa, IFTTT, Zigbee, and Z-Wave. It also has a bunch of features that go with your Google Assistant as well. However, one of the coolest features of Abode is that you can pay for monitoring only during specific times when you are going to want the monitoring. For example, you could pay for monitoring during a few days when you are out of town or when you know that you’re going to be gone a lot. This kind of flexibility can maximize the impact of peace of mind while minimizing the financial comittment to monitoring.

Just like almost everything Amazon does, Ring tries to undercut the competition in the cost category with a bunch of cool third party stuff. Ring is owned by Amazon and has a bunch of Alexa integration into the system. It is cheap to start out with, cheaper than SimpliSafe, and even has the cheapest monthly monitoring cost on this whole list. If you are concerned about how much you’re going to spend on a smart home security system, Ring can help keep your costs down while providing plenty of third-party power to integrate.

PrevPreviousWhat are the Differences Between Curtains, Drapes, Shades and Blinds?
Next11 Window Treatments for Low LightNext 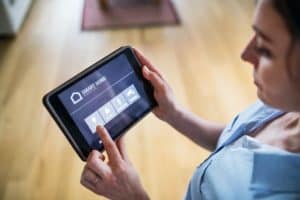 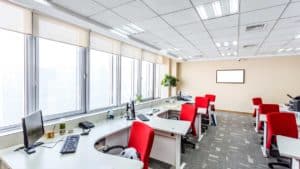 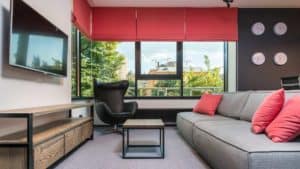